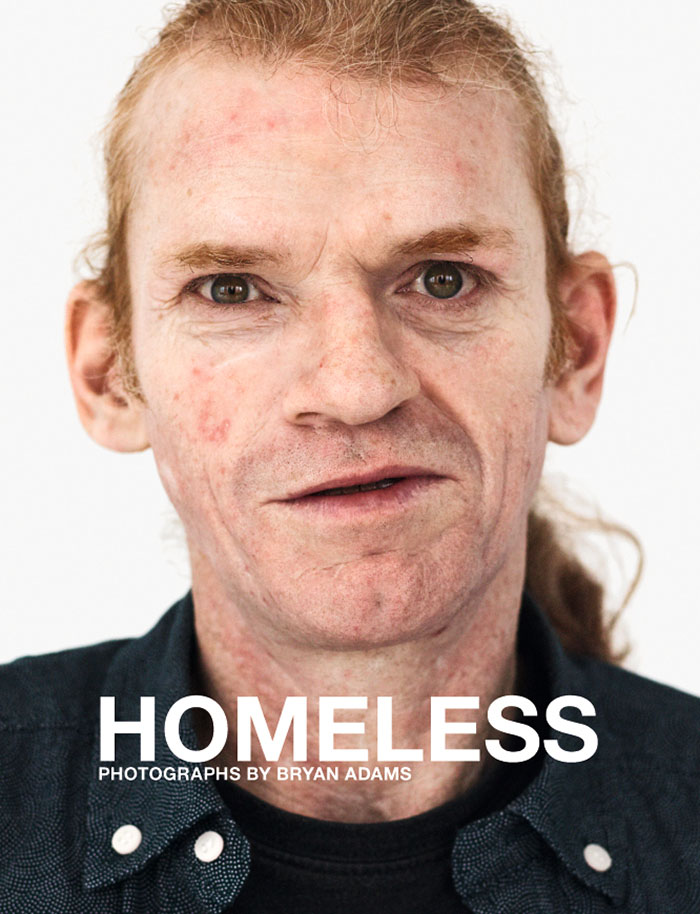 In 2011 Bryan Adams was approached by Trudie Styler to photograph a portrait story of homeless street vendors for The Big Issue magazine. That story inspired a more in-depth photographic look at these people who live on the streets of London and sell the magazine.

Adams’ portraits are direct, compassionate and full of dignity. They depict character beyond social and economic circumstance, and can be seen as a continuation of Adams’ 2013 Wounded: The Legacy of War, his portraits of young British soldiers who suffered lifechanging injuries during combat in Iraq and Afghanistan.

All proceeds will go to The Big Issue Foundation.